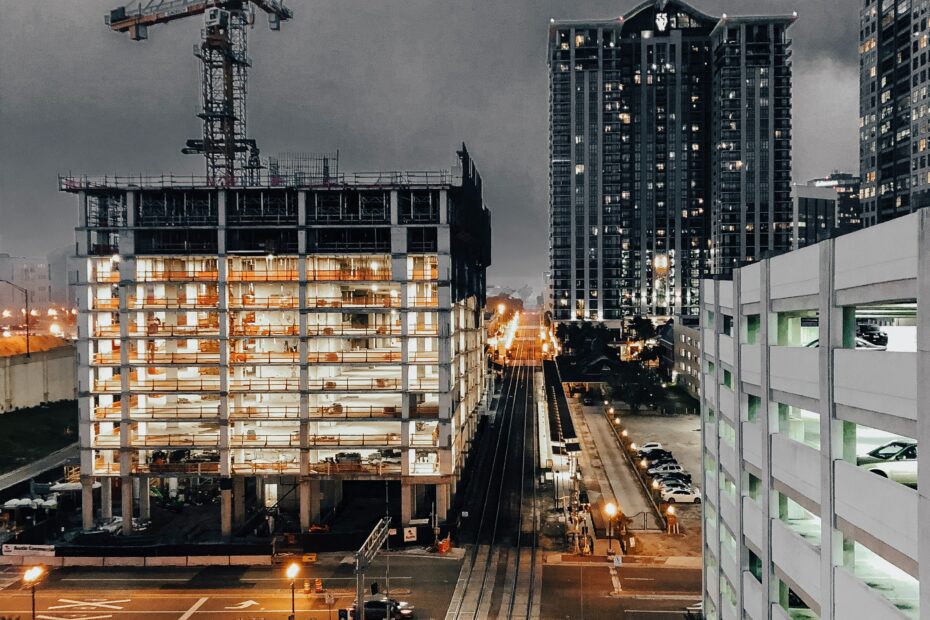 The UK government estimates the need for new homes in England to be 345,000 per year, accounting for new household formation and a backlog of existing need for suitable housing. In 2015 the government set out an ambition to deliver 1 million net homes by 2020 (inclusive of new build and change of use). In 2017 the Conservative government pledged in their manifesto to deliver this 1 million, and “deliver half a million more by the end of 2022”.  Homes England was launched in January 2018 as a response to the renewed focus on delivering this, and pledging to focus on delivering 300,000 new homes a year by mid 2020’s.

Official statistics from the Ministry of Housing, Communities & Local Government reveal 243,770 homes were delivered in 2019/20, which is the highest number of homes built in a year since 1987. It was also the seventh year in a row that the number of homes delivered has increased. 88% of new homes delivered since 2008 have come from large institutional companies, SMEs have seen a dramatic decrease in their numbers, damaged by big housebuilder competition, complex red tape in planning, and a lack of funding.

Covid-19 will undoubtedly delay delivery of homes with sites brought to a standstill by lockdowns, however the government has focused on housebuilding as key to the economic recovery post pandemic.

SME housebuilders have dwindled in number from 12,000 in the 1980’s to around 2,500 today. They previously delivered 40% of new homes in the UK, with that number today at less than 12%. Government and commentators alike are aligned in citing the support, promotion, and focus on growing existing SME developers, as well as encouraging new SMEs to the market, as being the key to delivering the new homes targets that the country desperately needs. In addition, with sustainability crucial to all sectors now, and none more so than construction, innovation in how we build our homes has never been more important, and this innovation will always come from smaller, more agile firms.

It seems then that all are agreed that we need to support and grow SME numbers in order to deliver significantly more homes and meet the 300,000 a year target. However, there are three key barriers that must be overcome to achieve this.

Speak to most SMEs in the sector, and they will tell you of their ambition to grow and take on more sites, but lack of funding to make this a reality. The funding market is growing and new lenders are entering the space each year, meaning strong appetite to lend to the right developers on the right projects.

Traditional top tier banks have not really had much appetite for development funding for some time, as they view this as high risk. However, we now have a solid bank of second tier funders with strong appetite to lend, typically going up to 65% of GDV or even up to 75% in some cases. We have also seen incredible growth in the short-term finance sector, and increasing numbers of funds, family offices and high net worth individuals looking to lend on a bridge or mezzanine basis. This means funding up to 95%-100% of cost is very much achievable.

The difficulties that we see stem from two areas; funders will only offer on sites with strong profitability and exits, and they will always want to see a good track record from the team delivering the project. With the costs of construction having increased, and the price of land remaining the same, profitability has been driven down on many schemes. Track record is also key for most lenders understandably, which can be a problem for those looking to borrow on high loan-to-values, and is also a problem for new entrants to the market. One way to overcome this can be to lean on a strong professional team, and look at joint ventures.

We have seen positive steps from government via Homes England, in underwriting loans with lenders in order to increase loan to values for SME developers. Initiatives such as this we hope to see more of in the future.

Undoubtedly one of the hottest topics and barriers to housebuilding in the UK is the inefficiency and painfully bureaucratic planning system. It is estimated that brownfield sites alone, if opened up properly, could solve the country’s housing needs eight times over.

The Planning White Paper of August 2020 urges radical reform to the planning process. We have seen consistent government rhetoric around the subject for a number of years now, and small progressions, however there is a vast amount of work to be done, and most in the industry agree it is time for brave and revolutionary changes to create a system which balances the need for new homes with the protection of the environment. The current system has been untouched for decades and we live in a very different world now. It is time to embrace the new technological world and create a planning system consistent with a pledge to deliver 300,000 new homes per year by growing and supporting SME developers. It remains to be seen whether the government can deliver on this area, but it is crucial that it does, we can but hope.

This is a factor that we expect to see in all markets, and is simply part of the economic equation. However, with SME developers being almost brought to extinction in the past twenty years, large firms have taken control of the market to an unhealthy extent delivering almost 90% of new homes. This means we have a lack of competition, a lack of innovation, homogenous homes, and a negative impact on local job markets.

Aside from the initiatives mentioned above to increase the size and number of SMEs in the sector, a fundamental positive is quite simply the sheer number of new homes required. On current targets we are at least 55,000 new homes below each year, with each average SME delivering 8. This is the reason that even the large firms categorically agree, there is not only room but urgent need for SMEs to grow.

There are undoubtedly hurdles to overcome, some large and some small, but all sides agree that if we are to deliver the number of new homes the UK requires, then it is time to increase efforts to support and encourage SME housebuilders to grow and thrive, and as life returns slowly to normal, this is what our focus must be.

No comments to show.